Rather than sending a traditional season’s greetings card, Euronav has sent an electronic card to all sea staff and associates. The amount otherwise allocated to cards and postage was donated to the Ocean Cleanup. The Ocean Cleanup develops technologies to extract, prevent and intercept oceanic plastic pollution to protect wildlife and wildlife habitat.

On 25 February 2009, Cap Victor received the Outstanding Shipboard Achievement in recognition of her top and faultless performance throughout 2008. Special congratulation and thanks were addressed to the committed crew and shore based supporting staff for their ability to learn and transfer knowledge by continuous feedback and reporting while conducting safe sea operations.

BP Shipping Award for Cap Victor was accompanied by a reward of GBP 5,000.00 which was doubled by Euronav to GBP 10,000.00 (Euro 11,150.00). Captain Panagiotis Vandoros accepted their reward with great enthusiasm and expressed his pride of being a member of Euronav family.

Captain and crew on board Cap Victor thought that some charities would certainly be more in need of that money than themselves and decided to offer their prize to charities of their choice. The 10,000 GBP was split equally between the following 4 foundations:

BP Awards are an important opportunity to recognize individuals, vessels, partners and operations that have gone that bit further in their pursuit of world class HSSE performance. Euronav will continue to pursue safety, environmental protection and quality in shipping operations with consistency and focus as one of the company’s main objectives. To achieve this, Euronav has both at sea and on shore people who demonstrate competence and commitment for the safest sea operation, with respect to society, ensuring the highest client satisfaction and thus contribute in developing a strong corporate loyalty and identity.

Few words from the charities

MHTERA: “...We are very glad that once more you support the good cause of the Foundation for Infants "H MHTERA". On behalf of the ninety children, who are currently staying in our premises, and myself as Director of the Foundation, we thank you...” Styliani Kalaitzaki-Athanasopoulou, Director

United hand of Romania: “…It is with a full and thankful heart that we write to you today. We just received the generous donation from your company. We are in the midst of a very big renovation project of an orphanage playground in the town of Agigea, outside of Constanta…We are SO happy that you are a part of our team in this renovation project. Wishing you and everyone at EURONAV our best wishes…” Renee Crossman, Vice President

Bread and Life: On behalf of the Board and Senior citizens from this Association. We would like to express our most sincere thanks...We sincerely appreciate your gratitude. May God bless you for your generosity...” Carlos Eduardo MARTELL, President & Rep. Legal

Argo, Children’s Foundation: “The Board of Directors, the parents and the children of Union of Mariners’ Children with special needs “The Argo” would like to sincerely thank you for the generous donation…Our Foundation, which is accredited as a charity organization, is in special need of such initiatives in order to continue to offer the required specialized services for the education of our young people. Moreover, we get strength from such gestures that prove Society’s positive attitude towards people with special needs. We would like to reassure you that your offers are used for a good cause; proof of which is the operation of the Boarding house & Daily Care Center in Kalivia, Attikis, a lifetime project for us and our children. The Boarding house is hosting 19 boarders who enjoy the facilities, the environment and the good care of the people in charge, while 24 children are trained in the Daily care center. Finally, the operation of the Piraeus center is continued following the same pace and is occupied with 60 children. We are hoping and wish that your generous act will set an example for others to follow. We are sending you our sincere thanks and wish you Health & Prosperity…” For the BOD, President: D. Papastelianou, Gen. Secretary: K. Zahariadou.

When the tropical storm Ketsana "Typhoon Ondoy" hit the Philippines in October 2009, Euronav seafarers and our ship management offices felt directly concerned by the catastrophe, as many of our seafarers are from the Philippines. In a joined initiative between Euronav seafarers, and Euronav shore based staff overseen by Euronav CSR committee, and with the logistical support of our two Philippines manning agents PTCI and UNISEA, a total of just over 20,000 USD was raised.

In Greece, the summer 2007 was marked by devastating fires which destroyed part of the country infrastructures and nature reserves. An estimated 2.5 million acres of woodland were burned in 6,000 fires. Jointly with a Greek shipping company, Euronav decided to make a EUR 500,000 donation for the reconstruction of a secondary road running through olive groves that were damaged by the fires. This road will provide access to the farming areas for 200 families and also contributes to management of fire prevention and fire fighting.

A technical study for the road was carried out by the official government agency outlining in details the technical specification for the project. Following an open bidding process the project has been awarded to the most qualified contractor by the local municipality end of November 2008. A first 3 kilometer road segment has been completed on 15 September 2009, while the remaining segment of 1.15 kilometer was completed in the beginning of 2011. The final settlement of the donation was made on 30 May 30 2011. 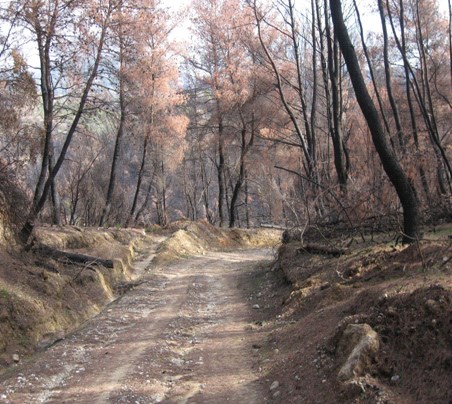 In sincere appreciation for the hard and conscientious work of the shipyard employees where Euronav’s newbuildings are being built, the company donated USD 35,000 to the shipyard workers welfare fund.

The Sailors’ Society is a charity which operates globally through a network of interdenominational Port Chaplains, who support all seafarers irrespective of their background, faith or nationality.

The busy Port of Antwerp is vital to European and global trade, handling approximately 17,000 ships per year. With so many seafarers visiting the port, there is a need for access to welfare services on a large scale. Along with BP Shipping, Euronav has donated funds which will help the Sailor Society work of the Antwerp port chaplain Marc Schippers. The Antwerp Port Chaplain, also visits ships to offer his assistance to the crew onboard. He takes practical items such as phone cards to help seafarers to contact their families and international news printed from the internet to connect them with news from home. As well as practical assistance Marc offers a listening ear to seafarers, providing emotional support when requested.

Using his Sailors’ Society vehicle, the Antwerp Port Chaplain also offers seafarers free transport to wherever they need to go, such as the nearest phone and internet facilities, the shops or the doctors. This is a crucial service for visiting seafarers, as their time ashore is often limited to just a few hours.