Euronav wants to be associated and wants to support a select number of cultural events and activities that resonate the company's core values.

The decision to embark in a sponsorship is based on a set of criteria that measures the outcome on the people and the planet. Brand awareness and image development are generally a consequence of the association with the event and are therefore not prioritized when the decision is made to support such actions.

Euronav was proud to be the sole sponsor of "In the wake of the Belgica" expedition. For Euronav it was a way of participating to the celebration of Belgium's involvement in Antarctic matters on the whole but also to take part in different actions that are currently made relating to the research on the possible impact of global warming.

Vision of the expedition: Inspire to protect the environment by exploring Antarctica, one of the most fragile and precious places on earth.

Mission statement of the expedition:

Strebelle in Beijing
Euronav was proud to be one of the leading sponsors of the Athlete's Alley, a monumental sculpture designed by Olivier Strebelle and the biggest piece of contemporary art in Asia.

The Athlete's Alley is a truly unique Belgian sculpture celebrating the Beijing 2008 Olympic Games and the ever closer relationship between the Kingdom of Belgium and the People's Republic of China in the great Olympic spirit to contribute to building a peaceful and better world without discrimination through fair and friendly sporting competition.

The sculpture is a gift from the Kingdom of Belgium to the Republic of China and it is paid partly by the Belgian government and partly by leading Belgian companies doing business in China.

Olivier Strebelle is a renowned Belgian Sculptor, who has been selected by the City of Beijing among thousands of other projects to become the symbol of the Olympic park in Beijing. The masterpiece is gigantic with its 100m length and 20m height. The stainless steel sculpture represents, only from one particular point, five people in different positions holding the five Olympic rings. From any other place it looks totally different as in reality there are no circles to be found. 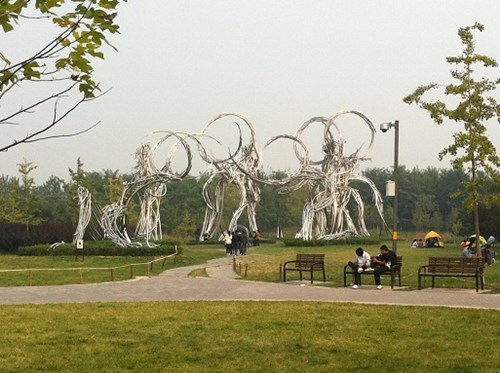 The exhibition showed the masterpieces of Eugeen Van Mieghem inspired by the exodus of almost 3 million people to the New World between 1850 and 1935 witnessed by the artist when he lived opposite the Red Star Line premises in Antwerp.

Euronav was proud to be able to support this major Belgian painting exhibition held in New York because of the strong evident parallels the painter Eugeen Van Mieghem and Euronav share. Eugeen Van Mieghem as well as Euronav both share the same Antwerp roots and the maritime sector and more specifically the port of Antwerp which is also a common passion. 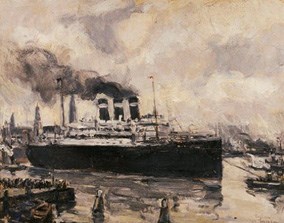 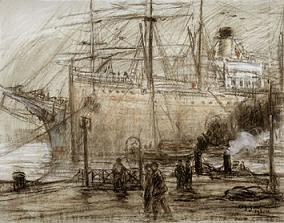 Company programs
For several years now, Euronav has contributed periodically to NGOs and charities. Just as few of recent programs include:

Matching employee contributions to charities such as UNICEF, the Belgian foodbanks, or spontaneous fund raising for various charities

Euronav aiming at being a paperless company also chooses to send its traditional season's greetings by email rather than sending traditional greeting cards and uses its card budget to contribute to charity.