In April of 2016 Trends conducted an interview with our CFO Hugo De Stoop regarding the need of pooling in the oil tanker industry: "We need to work together. An independent tanker owner with one or two vessels is something of the past".

"Tanker owners need to extract as much added value from the market as possible. This is currently not happening as frequently as it should. The market has to become more mature, professional and industrialized."

The journalist also reported on how the company has grown since 2014 when Euronav bought 19 VLCCs from Maersk at a total price of USD 1.3 and another four VLCCs a year later from the Greek owner Metrostar. But economies of scale are not sufficient, Hugo De Stoop explains in the interview.

"On the spot market the cargo owners have all the information: where the ship is headed, who's the captain and so on. The vessel owners on the other hand have little information on which cargoes are available. The amount of cargoes can decrease significantly if all of a sudden a cargo owner decides not to sell its production because the oil price is too low. A seven days delay can cut deeply into the profit margin of a vessel owner."

This imbalance results in freight rates that are not always at the level you would expect them to be based on supply and demand.

"Our only defence is to make sure that we gather as much information as possible".

The alternative is scaling up. "Our goal in pooling is not to influence prices but to make sure the market is more stable." 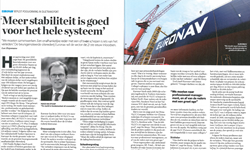 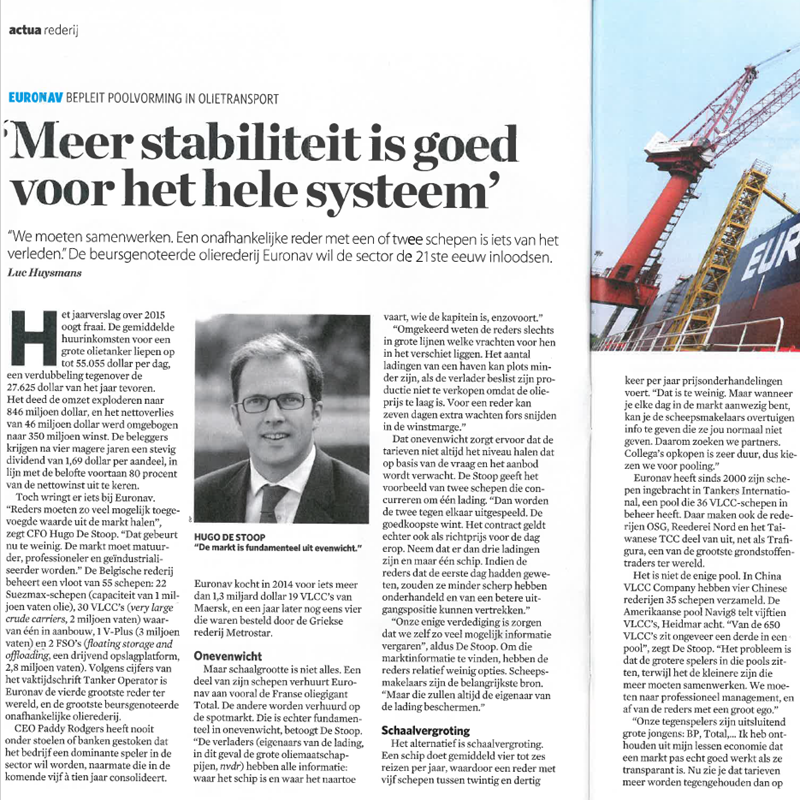